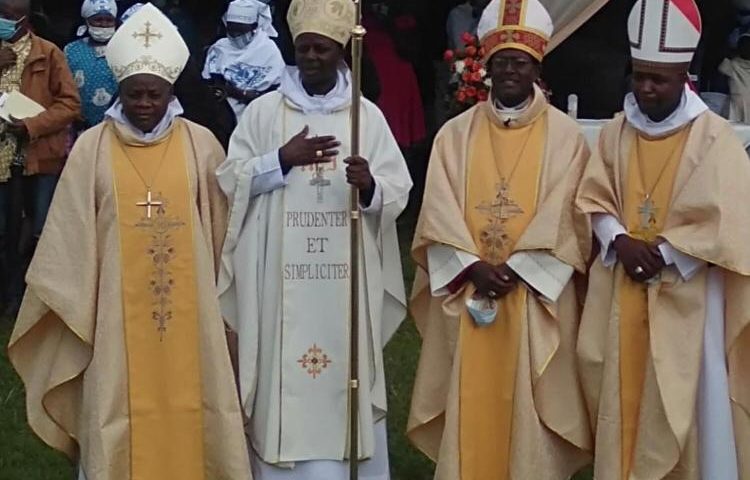 On November 14th, the abbatial blessing of Abbot John Baptist took place at Tigoni. The consecrator was Auxiliar Bishop Kamau of Nairobi.

Confreres from most of our African monasteries braved Covid-related travel difficulties to attend.

Abbot John Baptist took this opportunity to give a coat of arms to the abbey. The tea leaves refer to the name of Tigoni which literally means “tea zone”. The five branch candle stick is the time-honoured symbol of our world-wide mission. The bottom half sports the fly-whisk and the crozier, symbols of traditional Kenyan and of ecclesiastical authority. This plays on the title of “Prince of Peace Abbey”, showing that the authority of our Lord (and also of the abbot, we hope) is benevolent like a shepherd, and infused by wisdom as that of a tribal elder.

The new abbey motto Pacis non erit finis – “His peace shall have no end” is taken from the same passage, Isaiah 9:6-7.

The abbot’s personal coat of arms sports an oxen, for in the Dholuo language his surname Oese means “grey bull”. The motto is: “With prudence and simplicity”. May Abbot John Baptist be strong and patient, and never shirk from the yoke which he has accepted!